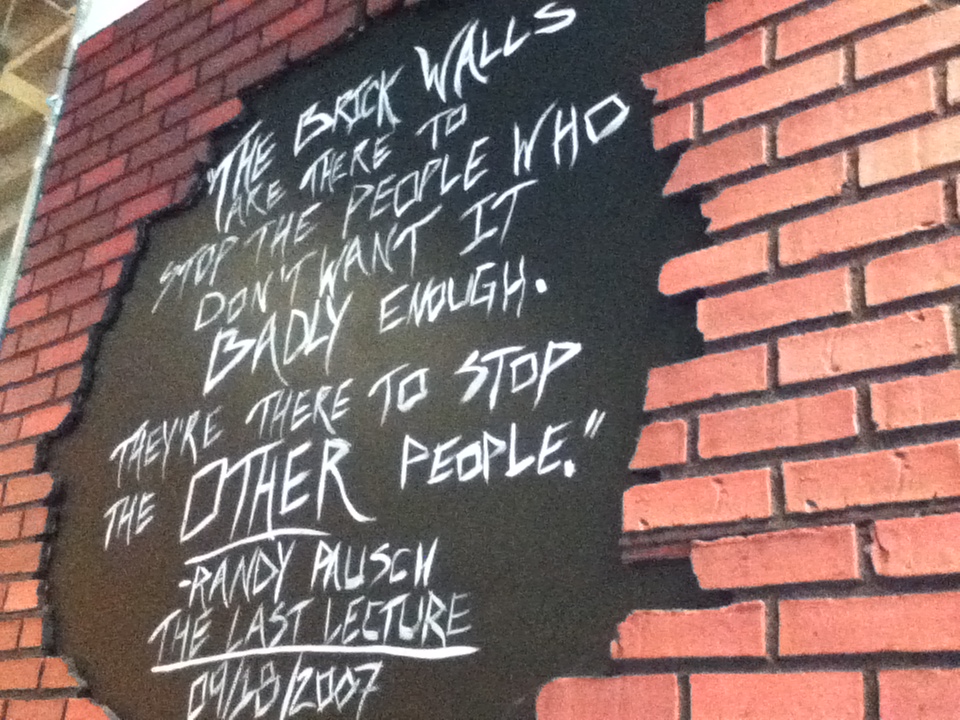 On the south side of Pittsburgh, between the Monongahela River and I-376, stands a fairly unassuming office building. From a distance, one might have a hard time telling it apart from its neighbors. From the outside, there’s nothing to suggest that this is the place we affectionately call “The Dream Factory.”

Once you step inside, though, all doubts melt away.

Welcome to the Entertainment Technology Center at Carnegie Mellon University, where I’ve just completed the first week of my Masters program. The Center began under the guidance of Don Marinelli and the late Randy Pausch. It’s a place where artists and technologists work together to test the limits of digital entertainment. 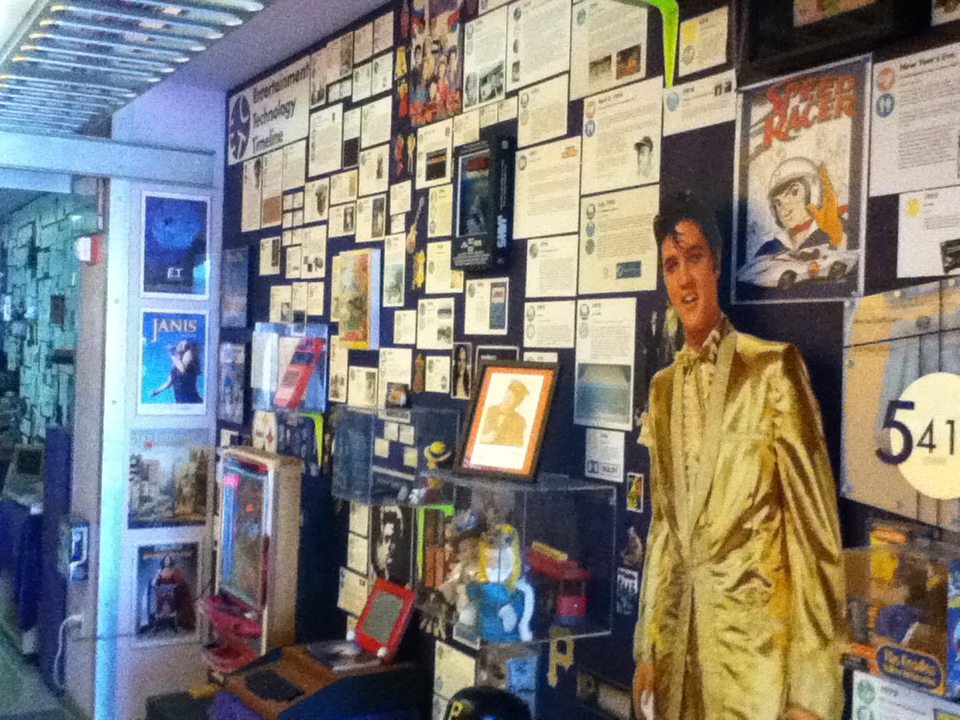 The first thing you notice walking the halls is that this place is a veritable museum, complete with a student-created timeline of entertainment tech that fills over 50 feet of wall. At every corner you’re greeted with something new and wonderful – it’s a living immersive environment, designed to illustrate the breadth and depth of the medium being studied. Not a few prominent visitors have left their mark here as well. 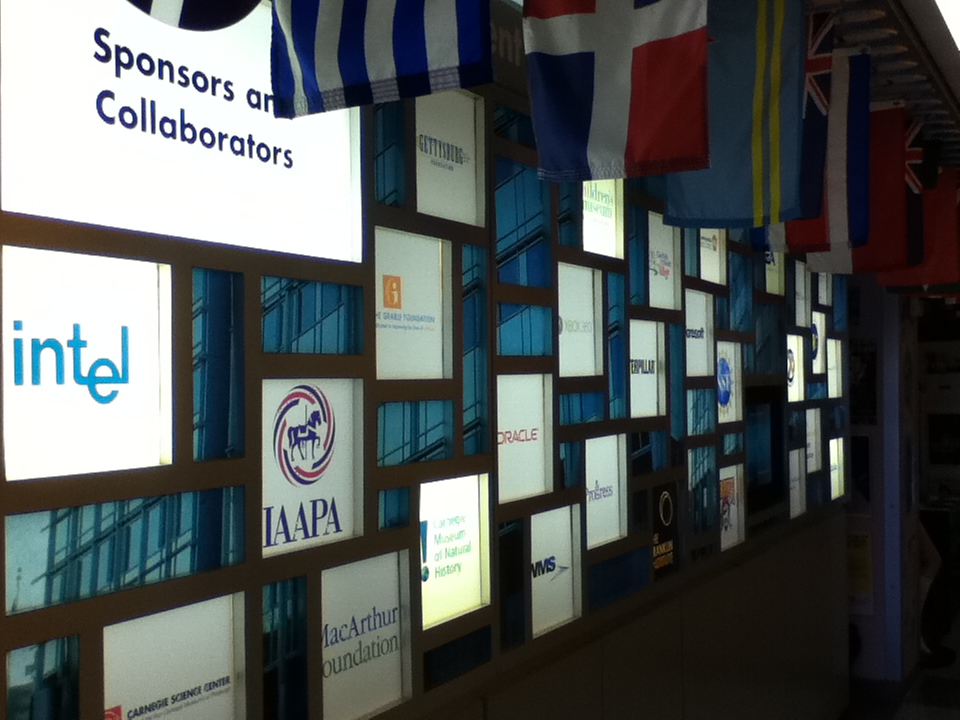 Graduates of the program have worked on Pixar films, Halo games and Disneyland rides. Even before graduation, ETC’s numerous partner organizations suggest real-world projects that students tackle as a group. Work takes place in Pittsburgh and at satellite campuses around the world, from Osaka, Japan to Barcelona, Spain. 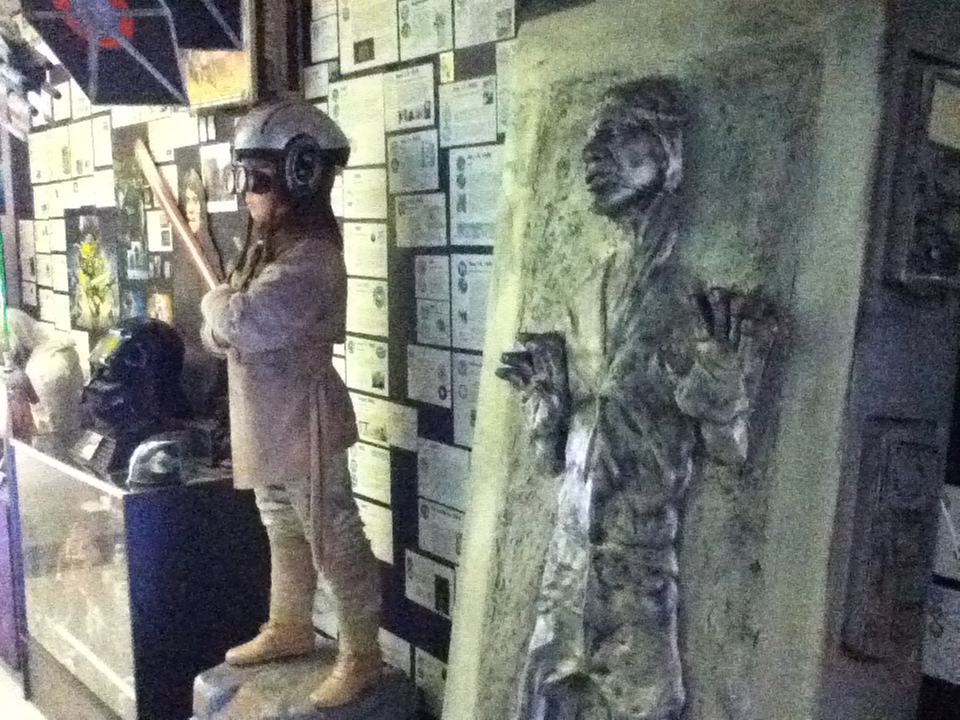 My colleagues and I have been plunged into what’s called the immersion semester (read: boot camp). In less than four months, these eighty-odd students will churn out nearly one hundred “virtual worlds:” small experiences, toys, and games, each crafted in two weeks by a team of four or five students. These worlds will utilize cutting-edge interfaces including head-mounted displays, depth-sensing cameras, audience tracking and more. 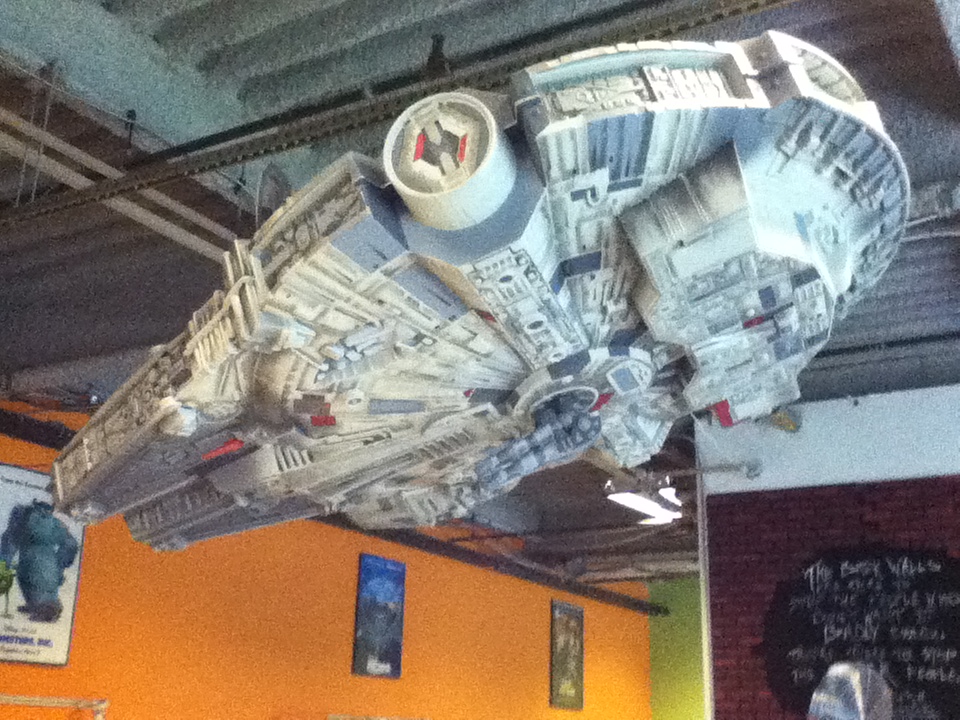 The resources we’ve been given are incredible. Powerful workstations, all the latest software, numerous digital learning resources and a robust library of books, movies and games. Funding is all provided for travel, presentation and project expenses. There are elaborate field trips designed to teach us about crafting experiences. A tour of entertainment media companies is planned. They even keep the kitchen stocked! There are virtually no limits – this is the ultimate learning environment. Public schools across the nation cry out in jealousy. 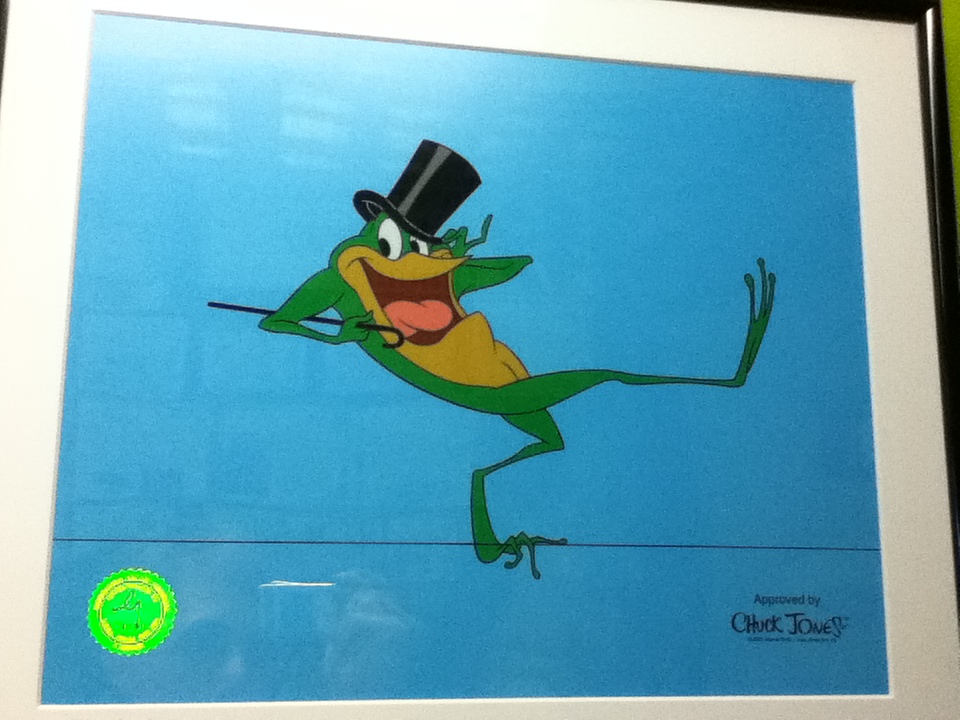 The most important resources, of course, are the people. I am surrounded by a suite of exceptionally talented (and agreeable) students. The faculty are the most powerful, creative, dynamic group of people I’ve ever met. Collectively, they represent experience at organizations such as ACM SIGGRAPH, Disney Imagineering, ABC, NBC, and EA. They’ve cultivated a culture that encourages open doors, open collaboration, and ample encouragement. They also have a huge emphasis on “soft” skills; this program isn’t about video games, it’s about teamwork. That’s why it succeeds. That’s why its alumni are industry leaders. That’s why I’m happy to be here!