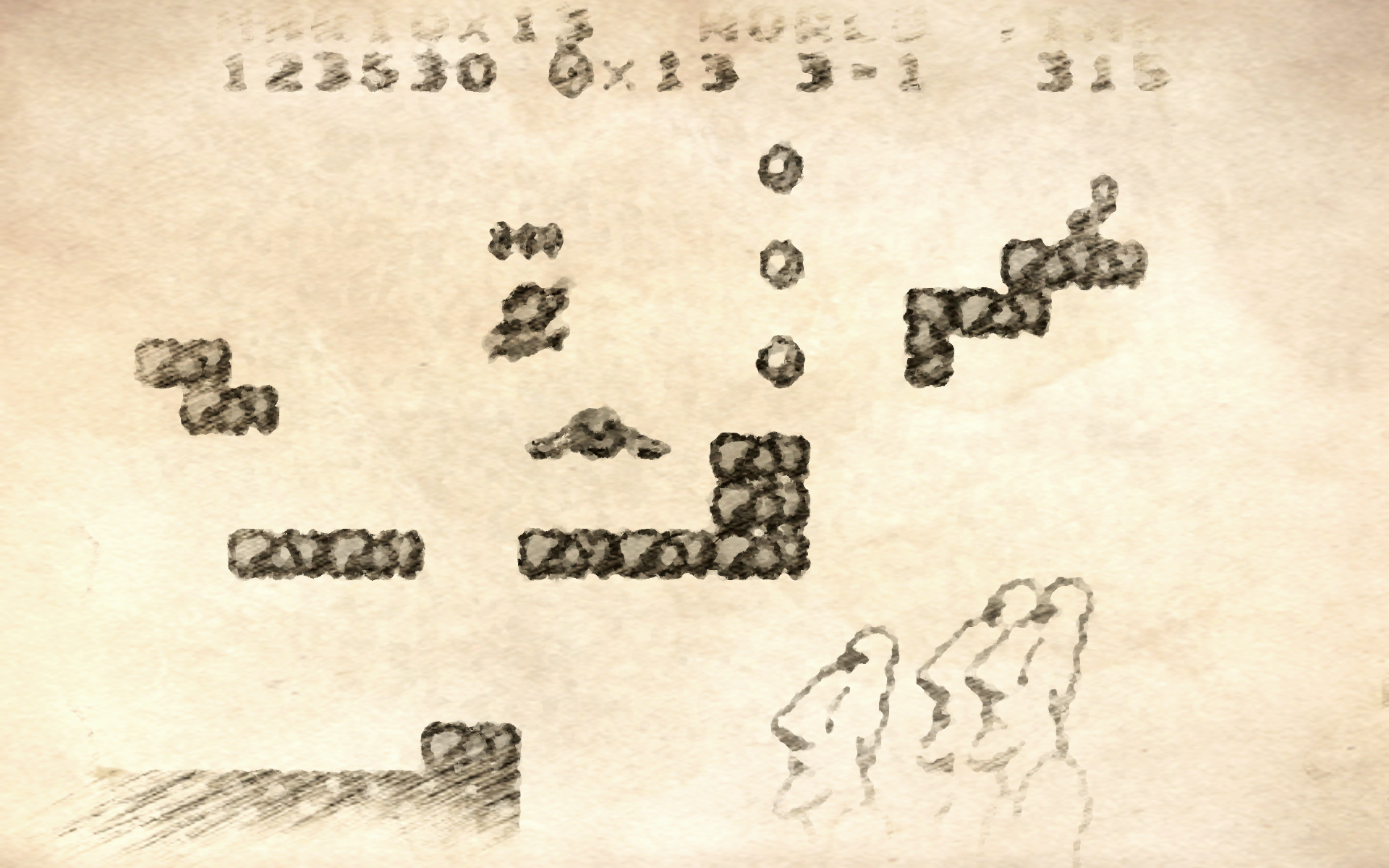 It’s Mario’s Game Boy debut, and one of my earliest videogame memories.

I have a vague memory of receiving one of the Mario Land titles along with my first Game Boy (and Tetris!) at a very early birthday party. If I recall, we were at a now-closed pizza parlor on Stark street in Portland, and I was turning six.  I probably received Super Mario Land 2: Six Golden Coins at that birthday – it was new and popular at the time – and got this one later. I remember posting its box art on the fridge in a duplex we rented while moving between houses that year.

I do know that by the time I got to this game, I’d already played Vs. Super Mario Bros. (but that’s  another story) and I knew the brand well enough to understand that koopa shells should fly away when you stomp on them.  I was initially disappointed to learn that Super Mario Land didn’t feature this mechanic.

You see, Super Mario Land was a Game Boy launch title in 1989.  I suspect that koopa-shell physics were a technical challenge that didn’t make the cut.  So instead of regular koopas, you got these guys:

They’d curl into a ball when stomped and explode a moment later.  While not as satisfying as a kicked koopa shell, these guys fill a similar role by presenting a possible threat after you’ve stomped them. This encourages some jump-rope behavior when you’re trying to stay in one place – and I’m sure they were easier to code up.

But while the nokobon are the first jarring divergence from the Super Mario Bros. I knew, they lead a parade of weirdness that’s largely been dropped from Mario canon.  Skeleton fish, jogging Moai heads and the superball power-up are all explained away in the manual by setting the game in “Sarasaland” instead of the Mushroom Kingdom.  Nintendo used this trick just a year earlier when re-purposing Doki Doki Panic into Super Mario Bros. 2, and they’d revisit it again in games like Mario and Luigi: Superstar Saga and Super Mario Sunshine, making Mario an avid globetrotter. 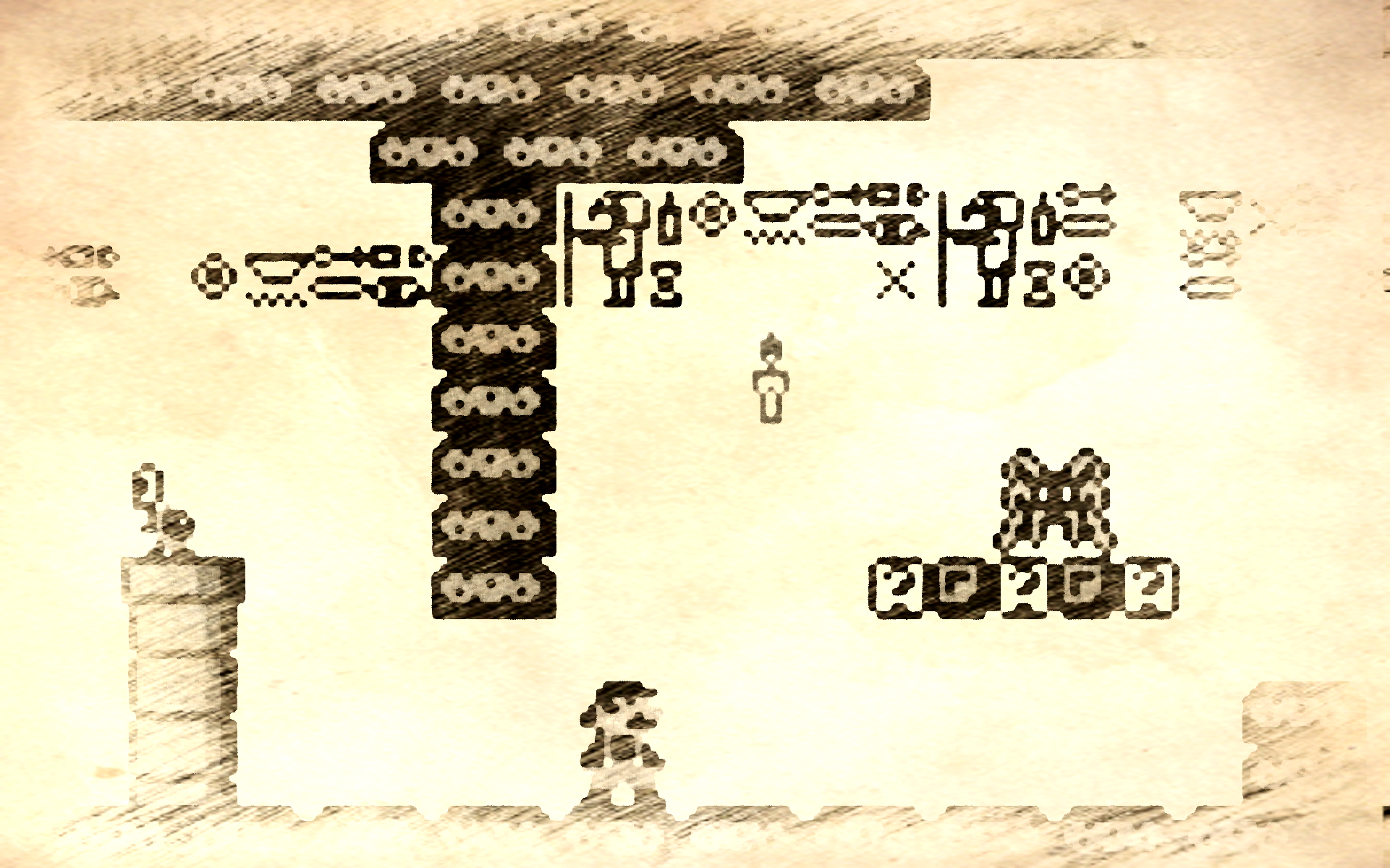 There’s also a sense that everything is tiny in this game.  Super Mario Bros. runs at the NES’ 256×240 resolution, and regular (small) Mario stands 16 pixels tall – the same height as a block.  Super Mario Land squeezes into the tiny Game Boy resolution – 160×144 – with a Mario just 12 pixels tall and even smaller 8-pixel tiles.

While it’s easy to see this as a step backward from the visually arresting Super Mario Bros. 3 (which was already out in Japan), Land gets sixteen tiles of usable vertical space to SMB‘s fourteen – or thirteen, really, when taking overscan into account.  This creates a bit more freedom and variety within levels, and lets the player see far enough ahead for the sort of fast, fluid action SMB became known for.  Super Mario Land 2, while much prettier, would swing the other way with a zoomed-in camera and levels that encouraged a more careful approach.  In that sense, Super Mario Land is perhaps a truer successor to SMB‘s gameplay than Super Mario Bros. 2.

As a six-year-old this game seemed insurmountable, although it has a reputation as one of the shorter, easier titles in the series.  I did well enough to learn the first few stages inside and out, but eventually got frustrated and set the game aside.  The more complex SMB2: Six Golden Coins took me much longer to master. 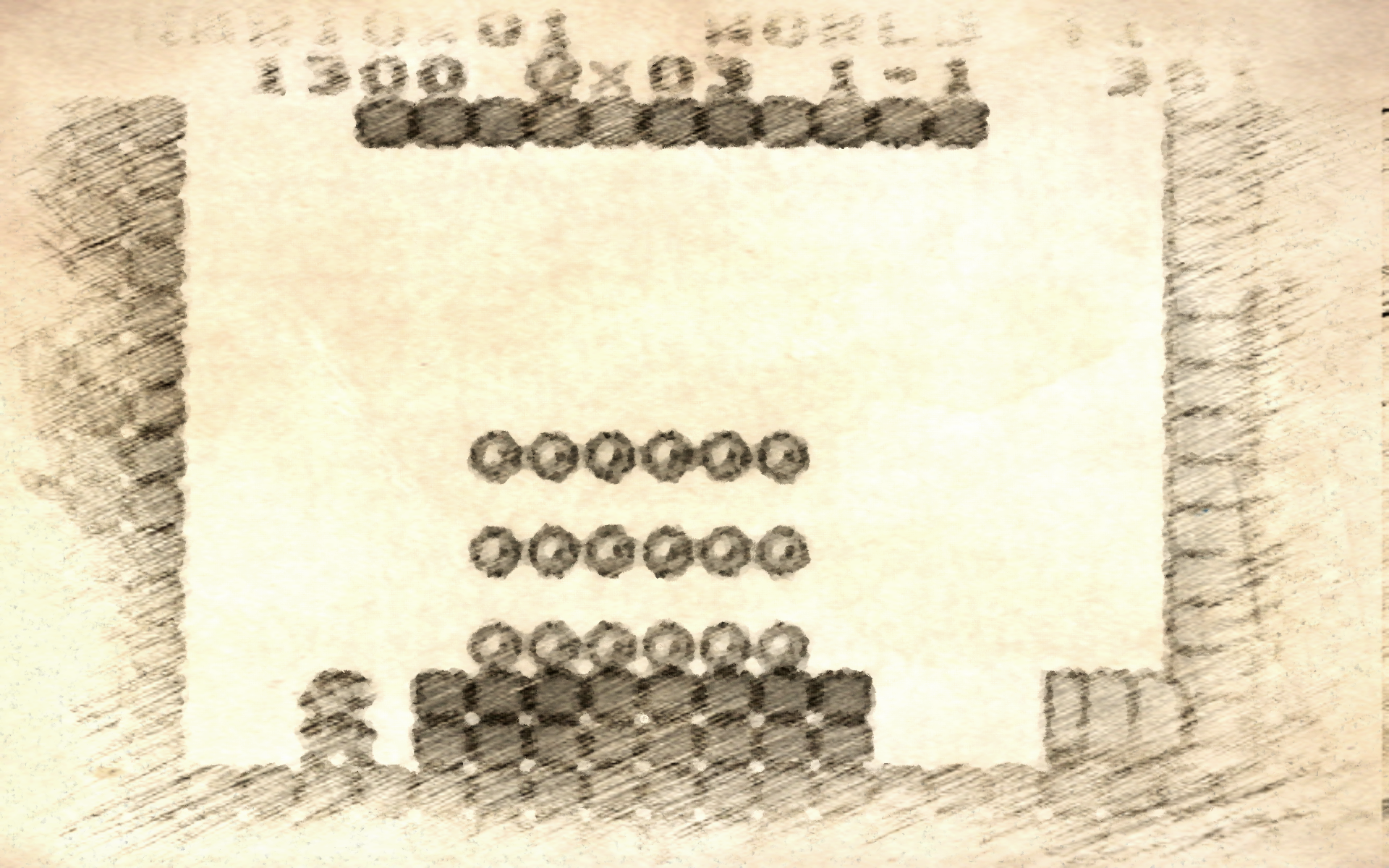 For a more complete look at this title’s history, check out Jeremy Parish’s article over at Game Boy World.