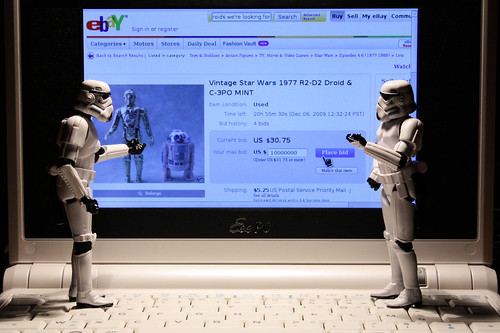 Reflection on a blog post by Raph Koster: “Do auction houses suck?”

First of all, I had no idea that Koster was the lead designer on Star Wars Galaxies and Ultima Online. Here, he’s talking about the player-driven economy of Galaxies and how it facilitated a certain style of play at the expense of convenience. I played a two-week trial of Galaxies and was surprised to discover that “musician” was a viable class. The world felt like it was populated by a bunch of people scraping a living, not a bunch of combatants running off to the next fight. It wasn’t my kind of game (pretty grind-y) but it did support alternative playstyles.

Koster uses the Galaxies merchant class and their exodus when the auction house established a “perfect information economy” as an illustration for his broader point (quoted above). He says that designers should ask themselves, “How many people live for the play that this inconvenience affords?” If play exists in the inconveniences, how do we choose which ones to keep and which to remove?

This sounds like Minecraft. There is a game that’s all about inconvenience, but a kind of accelerated inconvenience. You have to build everything from scratch, but it only takes a few clicks instead of minutes of hard labor in order to dig out a cubic meter of ore, or construct a pickaxe. In Minecraft there are a lot of high-level inconveniences (digging mines, building things) but the details of these jobs (the physical labor of digging, the challenges of building something that won’t fall over) are simplified and streamlined. The effect of this low-level convenience is that players are empowered to overcome the high-level inconvenience far more dramatically than they could in real life. Simplicity and transcendence.

This reminds me of the concept of anti-fun that Jesse has mentioned. Although the auction house may have streamlined part of the game for a large group of players, it was also a heavy anti-fun factor for another group. The designers would have had to balance whether the anti-fun inflicted on the majority (of having to shop locally for items) was worse than the anti-fun that was inflicted on the merchants by adding the auction house. Tough question.