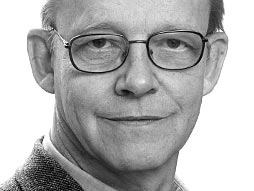 I love this guy. He takes huge piles of numbers and turns them into concise, eye-opening animations that reveal surprising truths. He’s like a living, breathing, Swedish Hari Seldon, peering into our future through the power of numbers. We need more Hans Roslings!

Watch all his TED Talks: