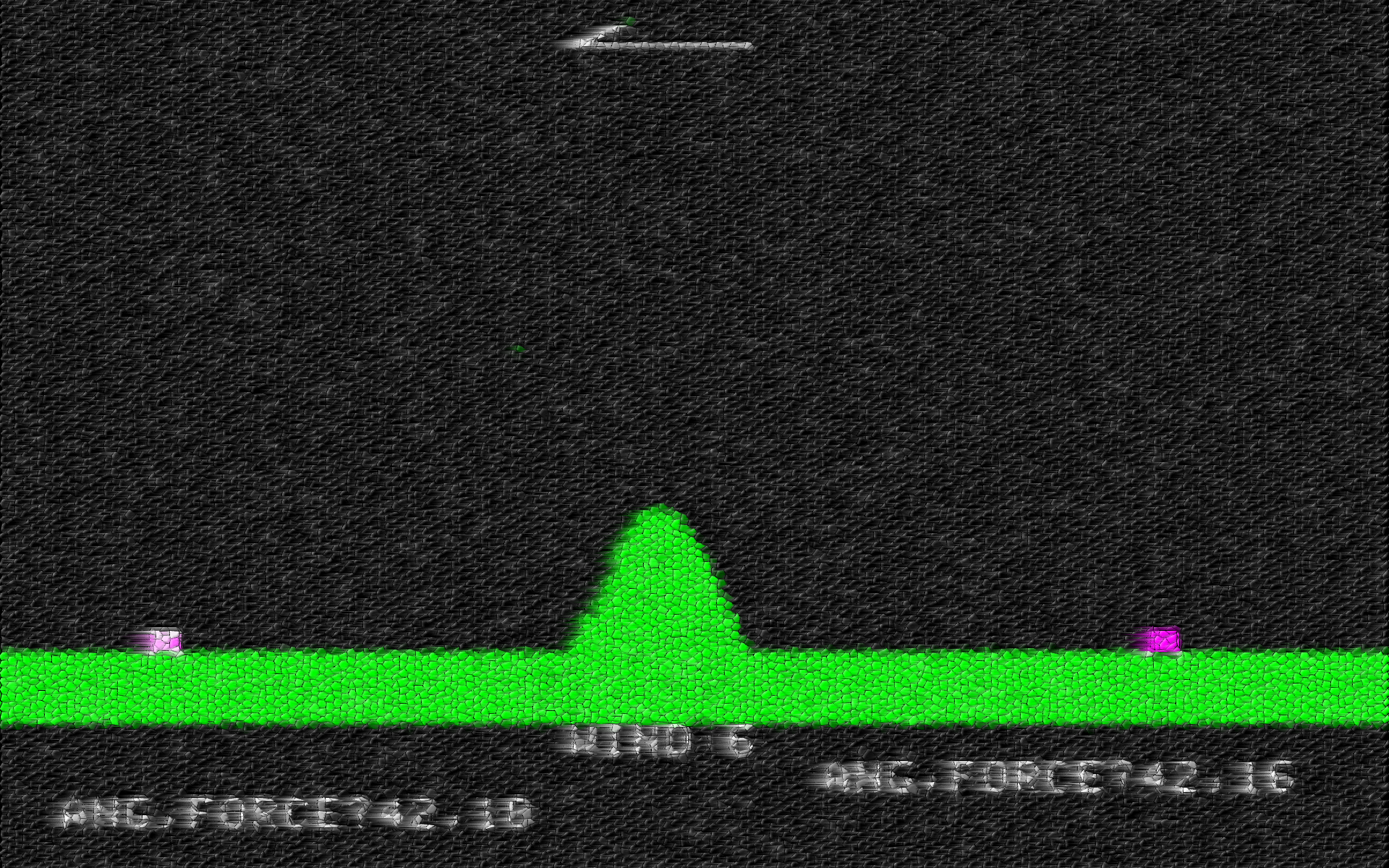 One of my earliest gaming memories: A simple Scorched-earth game where two castles on a randomly-generated terrain take turns shooting at each other by typing in an angle and power, adjusting for wind speed. My dad and I played this over and over. At such a young age, I probably learned a ton playing this game, not to mention early exposure to simulation gaming.

Incidentally, I can’t find any information about the original game online, except that one guy has coded a version 2.0. The author says he attended Kraxberger Middle School in Gladstone, Oregon, where my dad was teaching when I first played this game. Maybe it was local, coded by someone at the school? The person in question was at the school from 1991-1993, the same time I played the game.

Back in 20 contacted the creator of the remake to ask if he knew anything about the game’s origins, and received this reply:

Hello Brad, small world! It’s been awhile, but I spent a fair amount of time with your dad; I sang and played drums with the GHS swing choir until I graduated in 1997. My mother, (name redacted), also worked with him as an accompanist for several years.

I don’t know anything about the original author, but I do think the title “Cannons and Castles” was a local modification. I once encountered a version with the title “Super Artillery,” which I believe was the original. This may have been an improvement over an earlier version simply called “Artillery”. Wikipedia has a screen shot of “Artillery” here: http://en.wikipedia.org/wiki/Artillery_game

Super Artillery (or Cannons and Castles, as we knew it) looked very similar to that screen shot, but used a better algorithm to create the slope of the hill, which is why I think Super Artillery was a newer version. The hill was drawn with vertical lines every other pixel, which bled together to look somewhat solid but textured on an Apple II monitor; the hill looks solid here, and the castles look less detailed than I remember. Our version also used the word “velocity” in place of “force”, but this could have been a local modification.

It’s possible that I might have a printout of the source code to the game somewhere. Probably not, but I will look around. I’m sure I still have it on a floppy disk as well, but I have no Apple II with which to read the disk (and who knows if the floppy still works 15 years later).

I wish you the best of luck on your quest!

Cannons and Castles
By a teacher at Kraxberger Middle School, Gladstone, OR
Released for Apple II sometime between 1987 and 1991
Played in 1991 at age 4.