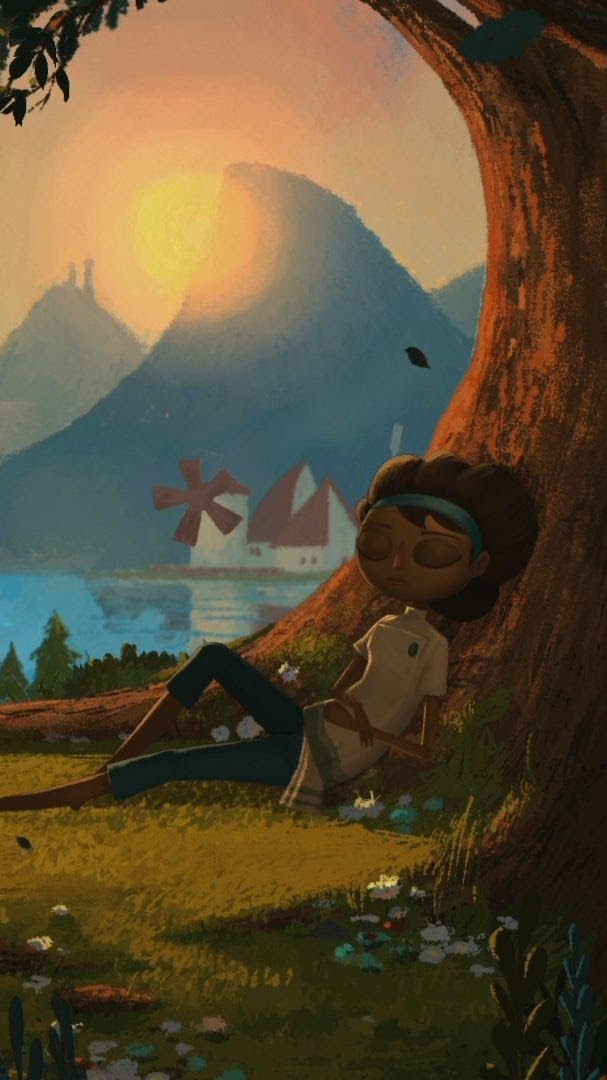 As the sounds of an orchestra tuning up played behind the title screen, I realized that this is a game for grown-ups.

Broken Age, the Kickstarted adventure from Double Fine, is a story about questioning perspectives. Shay and Vella are each unhappy with the reality constructed for them. Shay struggles against a rubber-room world with an effort to introduce some real danger. Meanwhile, Vella faces danger enough as she fights back against a human sacrifice tradition. In each case a child challenges their upbringing, and sees the world differently.

It’s an apt story for a crowdfunded game with obvious roots in SCUMM engine adventures. Broken Age had every reason to be a childish nostalgia-fest. Eighty thousand backers invested in a classic point-and-click adventure. They’re getting what they asked for. And yet, Broken Age wants to see the world differently. It wants to grow up.

The first act is short, and its puzzles nigh trivial. I’m not sure that’s a bad thing. Broken Age is a videogame growing up into a work of drama. The puzzles are a carrot, subordinate to the story and helping to pull players along from one scene to another. The length is respectful of my time, something I can finish in a weekend or two. It’s dense, eschewing backtracking and fetch quests in favor of regular story beats.

Best of all, Broken Age is a game about characters. Videogames are usually a medium of verbs and spaces. I often feel that the environment is the most significant character in a game. Broken Age is different: Superb writing, voice work, and animation combine to create distinctive and memorable characters. Interactions with these characters are not complex, but they are the highlight of the experience – you play for the people.

It was worth the price of admission. I do think this story deserves three acts. But then, I have no idea what act two has in store.

Spoilers about the end of act 1 below:

About halfway through the game I guessed the connection between Shay and Vella. Marek’s viewscreen, the “rescues,” and the locked hold foreshadowed Shay’s emergence from Mog Chothra. Recognizing this early separated me from Shay’s character. It was obvious that he had walked out of one ruse and into another. But Shay’s new freedom blinds him, even when taking orders from a something-in-wolves’-clothing. While this made it harder to role-play as Shay, it also solidified his personality independent of the player. I’m curious to see how act two deals with his complicity in Vella’s trouble.